Support for the educational system

Support for emergency hospitals in Syria

Support for war widows and orphans

We sincerely thank all our supporters and sponsors for their longstanding and generous support. These donations provided for very specific aid for the suffering population in Syria.

The contents on the German and English webpages reflect the state of our projects by mid-2018.

Our association has supported the following projects (in chronological order)

After having funded the installa 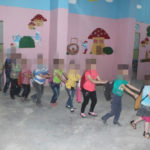 tion of the kindergarten, we decided to cover the ongoing costs for the following months. We therefore transferred 15,000 euros to the local coordination committee in Erbin. In June 2016, the kindergarten accommodated some 225 orphans (see "Background Information"). After the summer break, the kindergarten reopened its doors in autumn 2016. During the cold winter months, it once again provides a daily meal and a well-known environment for the children. 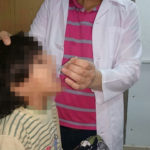 The population in Darayya urgently needs immunisation protection. In order to provide protection for the children at least, our association funded the purchase of vaccines by a donation of 5,000 euros. The vaccination of the children was accomplished by May 28th, 2016. On August 28th, 2016, the Assad regime regained control of Darayya, and we were forced to discontinue or help for the city. 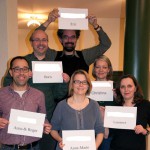 ociation launched a sponsorship programme. Sponsors in Germany, in Switzerland, and in France have accepted sponsorships for war orphans in Syria. After having signed their partnership form, the sponsors obtained the child’s contact information.
In 2013 and 2014, our association transferred the annual amount of the sponsorships to the Local Coordination Committee for Social Assistance in Al Mayadin that also was in charge of supporting the orphans. The money was allocated to the children who had found a sponsor through our association.
Due to the occupation of the city by the so-called “Islamic State”, we are no longer able to provide any further help to the orphans that we sponsored in Al Mayadin. It is with deep regret that we had to discontinue our support for the orphans. In order to go on with our support for war orphans in Syria, we transferred our sponsorship programme to Darayya, a city located in the suburbs of Damascus. In spring 2016, we transferred 17,145 euros to the orphans that we sponsor in Darayya. In 2017, sponsors from our association supported more than 60 orphans in this city.
On August 26th, 2016, however, the regime in Damascus regained control over the city of Damascus. Our partners on location and the orphans that we support were evacuated from the city. The evacuation was supervised by the United Nations and carried out by the Assad regime. Our partners as well as the children survived the evacuation. We are glad to be able to continue supporting them. 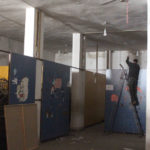 After having determined an appropriate location, the Local Coordination Committee in Erbin started to install and equip a kindergarten for war orphans. For this purpose, we transferred 2,000 euros to the committee. 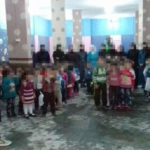 The kindergarten was inaugurated on April 9, 2016 and already welcomed some 100 children at this date. By the end of April, some 200 children were attending the kindergarten, a majority of them being war orphans.

Preparatory work for the installation of a kindergarten for war orphans in Erbin. 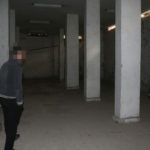 During this period, the Local Coordination Committee in Erbin also planned the capacity and estimated the annual costs for the kindergarten. The Committee had to find an appropriate location in the buildings that had not been destroyed by the war. Due to the incessant bombing raids by the Assad regime, the kindergarten had to be installed in the basement. No windows were permitted, as glass shards might cause injuries.

Reorientation of our humanitarian aid towards the cities of Erbin and Darayya, in the suburbs of Damascus (see “Our Aims” and “Who we are”).

During this phase, our association funded the renovation or construction of drinking water and sanitary facilities in all schools in Al Mayadin (see “Background Information”). Moreover, we extended the reconstruction work that had already been carried out previously in some schools to all of the remaining schools in the city. These work projects included renovating or purchasing windows, doors, ovens, and blackboards, as well as constructing the pavement in the schoolyards.
For this purpose, in August 2014 we transferred 10,000 euros to the Local Coordination Committee for Social Assistance, which is in charge of school education in the city. In the second half of 2014, we continued to fund the renovation of school infrastructure in Al Mayadin. These funds have also contributed to the restoration of an old building which by now constitutes a school for intellectually gifted children.
The Local Coordination Committee for Social Assistance in Al Mayadin and the association Tübinger Syrienhilfe would like to express their gratitude to the association Step by Step Münster for its generous support. Step by Step Münster covered all of the heating costs for the largest school in Al Mayadin (37 classrooms) during the winter 2014–2015, amounting to 2082 euros.

Translation of the credits at the beginning of the video:
In red colour: “The association Tübinger Syrienhilfe from Tübingen (Germany) finances the reconstruction of drinking water and sanitary facilities in [the schools in] Al Mayadin, and the Local Coordination Committee for Social Assistance carries out the reconstruction.” In white colour: “The restoration of drinking water facilities in the schools in Al Mayadin proceeds.”
Translation of the credits at the end of the video:
“Our most sincere thanks goes to the association Tübinger Syrienhilfe for what it has done and for what it continues to do in favour of the Syrians in the present crisis.” 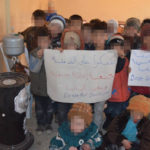 In 2014, our work was mainly focused on supplying schools. To this end, we reconstructed or renovated twelve school buildings in Al Mayadin. We financed the construction of new classrooms, the replacement of windows that had been destroyed by the bombings, the purchase of blackboards and several work projects in the schoolyards. As the winters are very cold in Eastern Syria, we also financed oil ovens and fuel.
On March 27, 2014, the students at the German school in Yokohama (Japan) gave a charity concert. Half of the money raised on this occasion has been transferred to our association in order to supply the renovation of schools in Al Mayadin. The association Tübinger Syrienhilfe thanks the students and the head of the German school in Yokohama for their commitment and their support. 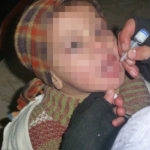 In January 2014, our association donated 1,000 euros to the Local Council in Erbin in order to finance a polio vaccination campaign. The city is located in the suburbs of Damascus. It is no longer under the control of the regime in Damascus, but by now it is under siege of Assad’s troops. Our donation enabled the Local Council to buy an amount of vaccines that was sufficient for an immediate vaccination of 1,000 children (see “Background Information”). 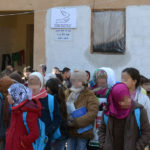 Many refugee families in Al Mayadin are accommodated in school buildings. This is why the population of the city asked the Local Council to construct new classrooms in an existing primary school. The construction of new classrooms was meant to allow the refugees to remain in the school in which they had taken refuge.
Our association funded the construction of 12 new classrooms at the amount of 4,000 euros (money transfer: November 28th, 2013). The construction work started at the end of November 2013 and was completed by the middle of January 2014. The have been organized by the Local Coordination Committee for Social Assistance, which is also in charge of school education. The students now benefit from 12 new classrooms in this school (see “Background Information”).

Following its foundation in 2012, our association collected medical devices for small civil emergency hospitals in the Al Mayadin region. With your donations we purchased two portable X-ray apparatuses (with a C shape mounting), a high frequency bistoury, three portable reanimation respirators, surgical aspirators, bandage scissors, surgical hooks, surgical lamps, and suture devices.
These medical devices have been transported to Al Mayadin and now belong to the medical equipment of a hospital that has not been struck by the bombings. The van that served to ship the medical devices has been given to the hospital as well. It now serves as an ambulance.

Immediately after arriving on location, the medical devices were put into operation. 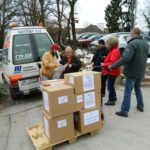 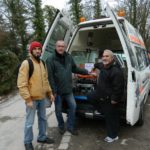 On February 21st, 2013, our association sent an ambulance to Al Mayadin. The ambulance carried medicine that another humanitarian organization had given to us. The pictures show the ambulance before it departed for Syria. 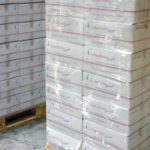 In collaboration with another humanitarian organization, our association sent 26,000 blood donation pouches to Northern Syria.

Our association supported the 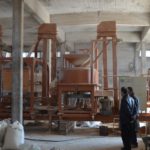 project to buy and set up a mill for cereals for Al Mayadin and its surroundings. On December 26th, 2012, we donated 2,000 euros to the Local Council as a contribution to financing the mill. It was bought in January 2013 at the amount of 61,000 euros. The mill provides flour to more than half a million people and, for the time being, it is the only mill in the whole region of Al Mayadin. 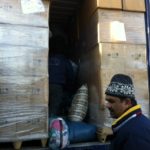 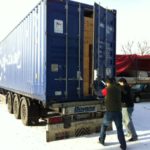 In December 2012, we organized the shipping of 1446 blankets to Syria. The blankets had been donated by another humanitarian organization. First, they were shipped to the Turkish port Mersin, and then forwarded to Syria on a truck. The pictures show the truck carrying the blankets.

Ever since its foundation, our as 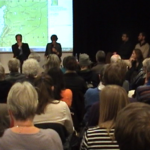 sociation has organized public debates on the crisis in Syria on a regular basis. As an example, one of these debates took place on January 7th, 2013, in Tübingen (see “Media Coverage”). Members of our association also serve as presenters or facilitators of information evenings on Syria.