Support for the educational system

Support for emergency hospitals in Syria

Support for war widows and orphans

We sincerely thank all our supporters and sponsors for their longstanding and generous support. These donations provided for very specific aid for the suffering population in Syria.

The contents on the German and English webpages reflect the state of our projects by mid-2018.

Our association is focussed on projects that will help to promote a sustainable development (support for the educational system, for women’s professional careers, reconstruction of school buildings). We particularly concentrate on projects that will enable people to help themselves.We also support a couple of smaller medical projects, e.g., vaccination campaigns or medical aid for emergency hospitals. Supporting very underprivileged children and women represents another focal point in our activities (sponsorships, kindergartens, workshops for widows).

Starting in the autumn of 2015, our association has provided help to the people living in Erbin, a city in the suburbs of Damascus which counts some 45,000 inhabitants and has been under siege by Assad troops ever since 2012. Until the end of August, 2016, we also supported the city of Darayya (see “Who we are” and “Our Aims").

Until the spring of 2015, our association’s activities were focussed on the region of Deir Essor, and on the city of Al Mayadin in particular (see “Achievements”). Already before the beginning of the war, Eastern Syria constituted one of the country’s poorest and most marginalized regions. Between 2012 and 2015, our association tried to help in a region in which humanitarian aid was almost entirely missing. Due to its remote geographical position, this part of the country did not benefit from the activities carried out by other humanitarian organizations. In Al Mayadin, our association cooperated with the Local Coordination Committee for Social Assistance which was also responsible for educational affairs, and whose activities were supervised by the Local Council.

As a consequence of the fact that the IS militia took control of the region, we have not been able to provide any further help to the inhabitants of Al Mayadin ever since the spring of 2015. We still hope we will be able to take up our activities in Al Mayadin in the future. This is also why we keep a project listed on this webpage that has been conceived for Al Mayadin and that has been developed by the humanitarian committee of this city. This project is indicated in the list by “Al Mayadin, currently interrupted”. 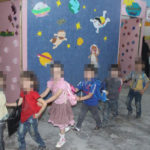 Erbin provides shelter to countless refugees, among whom there are many orphans and widows. The atrocities of war especially affect and traumatize these children. With our kindergarten project we offer a small island of normality to these children. The kindergarten funded by our association is dedicated primarily to orphans and half-orphans. It currently shelters some 450 children (see “Achievements” and “Background Information”).

Our nursery school is part of the educational charity "Salam" ("peace"), which comprises five primary schools, a vocational training centre, and a culture centre. The charity's name was chosen after being suggested by our organisation. All "Salam" institutions had to be constructed underground in order to guarantee at least some safety from Syrian and Russian bombardment. Since the regime doesn't provide any shelters in town, the orphans' nursery school is sometimes also used as an air raid shelter for the general population. On September 23, 2017 it was finally possible to re-open the nursery school on a regulary basis.

Right now what the kindergarten needs are textbooks: every child should have access to books about Arabic characters and figures as well as an English textbook (in order to learn the Latin alphabet) and an English book about figures. Each one of those four books costs about 0.47 euros, so for about 1.90 euros every child can get their first set of textbooks. A mere 850 euros pays for all 450 children to have their first four books. Our association will continue to support the nursery school throughout 2018. We will need approximately 17,000 euros to see this through.

In February, 2018, António Guterres, Secretary-General of the United Nations, said that 400,000 people were living in a „hell on earth“ in Eastern Ghouta. He once again called for an immediate ceasefire. UN emergency convoys, meant to supply the region with urgently needed medical care and food, were stopped and finally could not deliver all of their goods.

On March 20th, 2018, the regime and its supporters bombarded our kindergarten. A Russian FAB-1500 bomb, specially designed to destroy subterranean targets, hit the underground kindergarten. According to official sources, 15 children were killed. Our partners on location report 23 killed children and women (see Press).

Medicine for the population (Erbin)

Since the beginning of the conflict, hardly any medical care is available for civilians living in the territories under siege by the Syrian government. The few physicians who have remained on location are lacking in everything, in particular in medicine and vaccines (e.g., polio vaccines). Our association already sponsored two vaccination campaigns for the suffering civilian population in 2014 and 2016 (see “Achievements” and “Background Information”).

In autumn 2017, our association finances another vaccination campaign for children that started in October and successfully finished on November 3rd: around 4,000 children were vaccinated aginst measles, meningitis, polio, mumps, rubella, tetanus, and diphtheria. This campaign had been made possible through a donation of 3,000 euros. 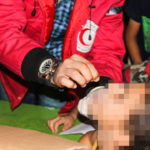 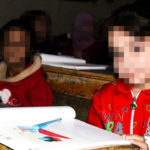 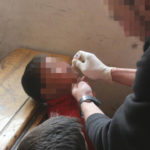 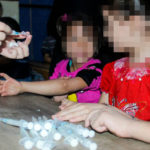 With 15 euros a month, you can 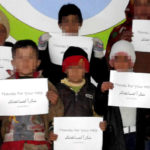 support an orphan that used to live in Darayya and now has fled to a new location. Upon acceptance of an orphan sponsorship, you will receive the child’s contact data. You can get in touch with the orphan, and maybe you can even go and see it in a couple of years (see “Achievements”).

The sponsorship has a minimum duration of 6 months, but it may continue until the child reaches the age of 18. We guarantee that your contributions will be handed over to the child’s guardian and that it will be used to cover the child’s most urgent needs. Method of payment: Direct debit scheme or standing order (sponsorship form).

Due to inflation and the siege by 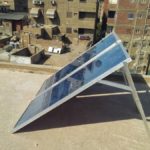 Assad troops, petrol and fuel oil are nearly unaffordable. As the power grid has been destroyed almost entirely in the bombing raids, the inhabitants of Erbin use a large number of power generators which run on petrol. Providing shelter for numerous refugees, school buildings have to be heated during the winter months. In order to save money, the Local Coordination Council in Erbin aims at developing the supply of solar energy to the city. As a trial run, a school and an emergency hospital are supposed to be equipped with solar panels.

Erbin is home to many child 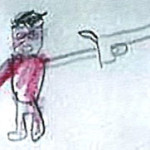 ren who have been traumatized by the atrocities of the war, just as is any other city affected by the war. Erbin based physicians with a special training in psychology would like to provide a professional war trauma therapy to these children. This is why we support the deployment of a centre for psychological care especially dedicated to children who have been traumatized by the war. Its capacity will be of some 100 children from the age of 6 to 15.

Right from the beginning of the conflict, the Local Coordination Committee in Erbin tries to maintain school education in the city which is under siege and bombs from the regime in Damascus. In order to provide education for the children, the German humanitarian organization Medico International has supported several schools in Erbin which have been established by the Local Coordination Committee in Erbin. These schools implement a liberal and secular syllabus with teachers working on a volunteer basis. Our association would also like to provide help to the pupils and teachers in the city. In order to continue their work, the schools in Erbin urgently need your donations. Your contributions will help to purchase necessary school equipment such as blackboards, chalk, notebooks, and books. It will also help to buy fuel oil for the winter months, contribute to the rental costs, or to provide a moderate income for the teachers.

Most hospitals in Al Mayadin have been destroyed by Assad’s artillery and aircrafts. Some rare hospitals that have survived the bombings are largely overstretched given the influx of wounded and ill people. Your donation contributes to purchasing the most urgently needed medicine and some basic medical equipment (see “Achievements”).

In the spring of 2016, our association funded the construction of a kindergarten for war orphans in Erbin. It is located in a cellar in order to shield the children from airstrikes carried out by the regime (see „Achievements“).

The large majority of school buildings in Al Mayadin has been destroyed by the air raids and therefore can no longer be used for regular school education. The remaining buildings served (and certainly continue to serve) as a space of survival for thousands of refugees having fled from the combat areas. On request of the Local Coordination Committee for Social Assistance and Education, which was dissolved in 2015, we financed the restoration of schools and the reconstruction of school buildings in Al Mayadin (see “Achievements” and “Background Information”). In the schools that we equipped with heating, we also covered the heating costs which amounted to some 37,000 euros for the winter 2014–2015.

Projects that could not be realized (Al Mayadin, Darayya)

The projects listed below have been developed in 2012 and 2013 by the Local Coordination Committees in Al Mayadin and have been approved by the city’s Local Council. However, due to our financial restrictions, we did not have the chance to realize these projects.

Based on a local women’s initiative, the Local Council in Darayya plans to establish a tailor’s workshop which may also serve as a vocational training centre. Many orphan girls and widows living in the city only survive on donations. They now want to make their living from supplying the city with clothes.

A group of woman teachers suggested teaching refugee children in Al Mayadin on a volunteer basis.

The Local Coordination Committee for Social Assistance conceives of the construction of a workshop for handicapped people (blind or deaf-mute women and men in particular). Master craftsmen on location are prepared to educate these handicapped people on a volunteer basis. However, they do not dispose of the means to purchase indispensable technical equipment.

The Local Coordination Committee for Medical Aid plans to renovate a hospital that has been spared from destruction, and to build up a new one. The two hospitals are supposed to provide care for the city and the surrounding villages. The overall costs for both hospitals are estimated to be of 152,000 euros.

The only clinic for women and children in Al Mayadin and its surroundings (i.e., for at least 500,000 people) has largely been destroyed. It is supposed to be reconstructed and equipped with the necessary medical devices.

As the only facility for drinking water in Al Mayadin has been destroyed during air strikes carried out by the Assad regime, the population is forced to use contaminated water from the Euphrates River. The Local Coordination Committees therefore plan to construct a water treatment facility. The estimated project costs are 53,000 euros.

Most of the energy infrastructure in Al Mayadin has been devastated by the air strikes as well. As an example, most of the private power generators have been destroyed. Engineers and electricians in the Local Coordination Committees attempt to repair the existing generators. The Local Council plans to purchase new generators in order to restore the power grid. We estimate the project costs to be of some 10,000 euros.